Japanese comic characters leap from greeting cards to the world 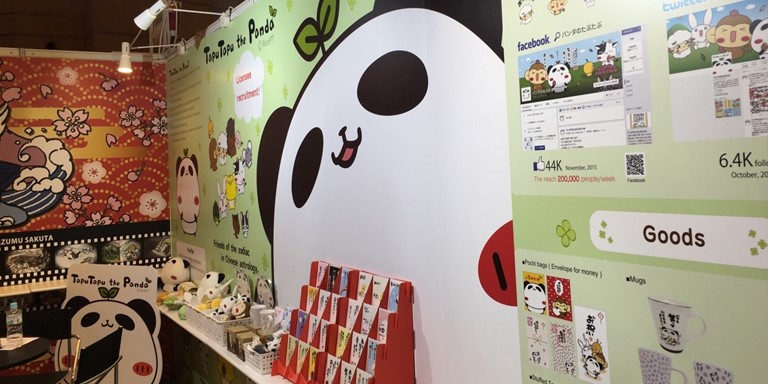 Japanese comic characters leap from greeting cards to the world

Japan has created many hugely popular comic characters. One newcomer, Tapu Tapu the Panda, has successfully expanded its product range through image licensing, and has leveraged the Hong Kong International Licensing Show to venture onto the global stage.

Futaba Ltd, the creator of Tapu Tapu the Panda, is a company that specialises in designing New Year greeting cards. The company’s Soichiro Ichikawa said the story of Tapu Tapu the Panda revolves around a cute and friendly panda named Tapu Tapu and its adventures with 12 friends, which are the animals of the Chinese zodiac. Depending on the festivities, the characters will dress up in different looks.

Soichiro Ichikawa said his company’s greeting cards display encouraging words to inspire positivity. “Every time the characters appear at events, children and foreigners are especially excited.” For that reason, the company has joined international trade shows to promote the Tapu Tapu the Panda series to overseas markets.

Soichiro Ichikawa explained that he had chosen Hong Kong as a starting point for their overseas expansion because Asians are familiar with the 12 zodiac animals and Hong Kong is the centre of Asia. “Through a friend’s referral, we learned about the HKTDC’s Hong Kong International Licensing Show and the Japanese Pavilion organised by the Character Brand Licensing Association (CBLA), a business partner of the HKTDC. That was how we joined the Show.”

He said CLBA’s administrative assistance had greatly facilitated their participation. “If we had exhibited on our own, the process would not have been so smooth.” He added that the HKTDC had arranged many business exchange activities for the exhibitors during the Show, from which the company benefitted considerably.

Soichiro Ichikawa of Japan’s Futaba Ltd says that there is enormous business potential in the Asian licensing business. He says his company will be actively developing international markets.

During Futaba’s debut exhibition in 2015, the company received an enthused response from the buyers. Many have since licensed Futaba’s characters for a variety of products, including clocks, clothing, accessories and facial masks. The company even collaborated with ASUS, which licensed the characters for use as wallpapers on its mobile phones. In addition, Futaba cooperated with a Hong Kong game developer, Fingerprint Studio, to feature the Tapu Tapu the Panda characters in an educational mobile game entitled “Triangle 180”.

When the company returned to the Show in January 2016, it collaborated with the Chung Hwa Book Co. and organised thematic Tapu Tapu the Panda promotional events and pop-up stores at the bookseller’s Tseung Kwan O and Tsuen Wan bookstores.

Soichiro Ichikawa admitted that the Asian market, especially the Chinese mainland, is very attractive. “We are only starting in Asia and we have yet to amass more market experience. But we feel that there are massive opportunities in these markets.” He emphasised that the company will be actively developing international markets.