A catalogue of about 500 films is set to be the latest addition to the Asia IP Exchange (AsiaIPEX). The exchange is the region's largest online platform, operated by the Hong Kong Trade Development Council (HKTDC), which is loaded with more than 25,000 listings available for intellectual property (IP) trading.


The films will be provided by Distrify, a viral distribution platform that matches filmmakers, distributors, producers and rights holders with audiences.


Distrify's Edinburgh-based CEO, Andy Green, considers AsiaIPEX as an excellent promotion for IP trading. "We understand that 'databasing' of rights and ownership of the rights is something that is very important moving forward. It's one of the grayest areas in terms of fi lm copyright," Green says.


“We understand that ‘databasing’of rights and ownership of the rights is something that is very important moving forward. It’s one of the grayest areas in terms of fi lm copyright,” Green says.


AsiaIPEX can help Distrify meet a number of goals. For instance, the online platform aims to connect new audiences with rights holders and increase the reach of their films. But there is an immediate payoff from collecting actionable information.


"Our interest is in gathering data because it can establish ownership and IP rights for not only our members and distribution members, but also people beyond to be able to fi nd who has what," he says. "Going forward, over the next year as we begin to operate on the Chinese mainland, we see a relationship with the HKTDC as one that demonstrates a level of trust to the rights holders."

Green says pursuing a partnership with AsiaIPEX is a great step forward. "I was at Filmart (HKTDC Hong Kong International Film and TV Market, March 2014) and had been asked to do a panel," he says.

"We were discussing fi lm rights and how Chinese content moves from East to West, but also how international content is viewed on the mainland. For a lot of rights holders, there are misconceptions and part truths related to how business is done on the mainland, relating to concerns about copyright theft. We see being part of AsiaIPEX as a measure of confi dence in what we're doing. It's the right direction to go."

Moreover, Distrify will soon set up its regional headquarters in Hong Kong in November. Green says that one of the factors that motivated Distrify to choose Hong Kong is the city's advantages as Asia's IP trading hub. Hong Kong can, as well, be the springboard for IP trading between the Chinese mainland and overseas.

Distrify came into being in 2010 with Green and cofounder Peter Gerard leading a collection of collaborators with a wealth of experience in digital media, filmmaking, marketing and advertising.

The company's idea arose from a need to create additional revenue from documentary films produced by Green and Gerard. "I simply wasn't earning enough money from the documentaries I was producing. It was never enough money to make another production," Green says.

The idea of instant online distribution of their content, outside the existing online stores and filmmaking studios, blossomed and became an avenue to meet other rights holders.

They set about to compile a database of old Scottish fi lms and attracted grants from the arts funding body Creative Scotland and Scottish Enterprise, a government initiative to improve Scotland's economic competiveness. Distrify has since evolved into an online distribution platform that currently has about 5,000 fi lm titles marketed in 165 countries.

Consumers can view the embedded trailer online. For a fee, they can stream the entire movie or order a copy for delivery. The system gives rights holders additional control over their creative product and valuable market research data across global markets.

Green says that as the company has grown, the importance of transparency has become central to its operation. He says the relationships between the broadcasters, portals and filmmakers must become clearer to permit rights holders to follow the distribution process and better calculate the revenue earned. "What we're doing is partnering with institutions at the national level, such as the British Film Institute in the UK, around Europe and the world, to off er entertaining films and a catalogue of films to sell worldwide," Green says. "We're putting everything online that we can discover the ownership for."

Green will also take part in the Business of IP Asia Forum in Hong Kong in December where he will feature on a panel about film copyright and trading.

"My aim is to present the commercial advantages of transparency in how a film is sold," Green says. "I think that, by being honest and by sharing the data openly, we can actually create a strong commercial environment where everyone benefits." 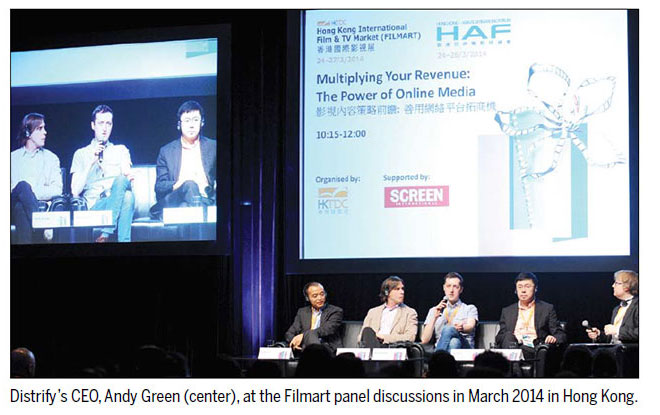 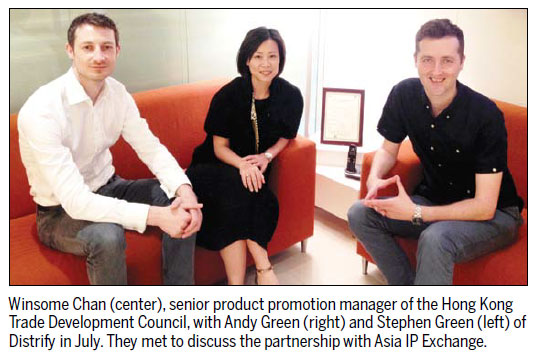