A home-grown technology from the Hong Kong University of Science and Technology (HKUST) is helping set a new standard in maintaining public health.


The smart anti-microbial coating has a long-lasting effect against a wide range of microbes, providing a rapid as well as persistent surface disinfection, reducing viruses, bacteria and spores by 99.99 percent within a minute of contact.

"It is smart in a sense that the coated surface area that was touched or contaminated will self-clean and self-disinfect, closing the loop in surface disinfection," said Yeung King-lun, a professor with HKUST's department of chemical and biomolecular engineering, who is leading the research team along with Professor Joseph Kwan. "The coating is designed to last for at least 30 days and is compatible to most materials. Tested to be safe for touch, inhalation and ingestion, the coating consists of USEPA and USFDA-approved ingredients."

First conceptualized in 2003 after the outbreak of the severe acute respiratory syndrome (SARS) in southern China, the research team spent seven years developing the technology before launching the product in 2010. The patented technology has since been licensed to Greenland Biotech Limited, a company founded by a group of UST scientists, with the technology commercialized as GermFree7.

The product is used in Hong Kong hospitals, where Yeung said, "it provides an additional line of defense against hospital acquired infections". GermFree7 is designed to benefit both hospitals and home users, with an "effective disinfection barrier for frequently touched surfaces that are high risk to microbial contaminations".

Transparent, colorless and odorless, the smart coating is simply applied to the surface and disinfects a full spectrum of microbes in body fluids, including saliva and blood. Non-adhesive, the coating can be removed with detergent.

While the coating is currently under exclusive license, other technologies developed by HKUST are available on the Asia IP Exchange (AsiaIPEX), the region's largest free international online IP listings portal. With more than 25,000 listed technologies and 7,500 members, AsiaIPEX partners with universities, such as HKUST, and research institutes both in Hong Kong and overseas to help promote technologies to members.

Development of the technology took several years and Yeung said the team forced themselves to think outside the box to create a breakthrough technology.

"The most challenging part in developing this technology was to break from the norm and approach the problem from a different perspective," Yeung said. "Once a list of attributes is generated, it is simply an engineering problem to implement these attributes into the product."

The coating uses just three ingredients to help reduce costs, and is non-toxic and biodegradable, making it a consumer-friendly product for wide-range uses.

Yeung and his team of researchers have also looked to address similar issues in air and in water. One technology that will be listed on AsiaIPEX following the patent process is a groundbreaking Micro-Mini Pulsed Electric Field Device. Debuted just this summer, the device was designed to disinfect water without the need for chemical disinfectants, which may alter the quality of the water.

While water disinfection technologies such as chlorination, ozonation, heating and reverse osmosis are widely used, the device disinfects without causing change in water quality, taste, odor and does not produce unwanted toxic by-products. It is extremely cost-efficient when compared to heating, reverse osmosis and even filtration.

The technology is a possible way to help control the spread of waterborne diseases and in just a few seconds, has the potential to reduce more than 90 percent of bacteria.

Powered by two AA battery cells, the device was designed for point of- use application and to be installed at home or on any public tap water system. Like the microbial coating, the Micro-Mini Pulsed Electric Field Device is cost-effective and environmentally friendly.

"This device is designed to address varying microbial loading in drinking water due to ageing water distribution systems in buildings," Yeung said. "It was also envisioned for use in poor regions where safe drinking water is a challenging issue."

Also in addressing bacteria and microbes found in the air, Yeung's team has successfully developed a multi-level anti-microbial particulate air filter, which provides rapid disinfections of airborne microbes and prevents their accumulation on air filter surfaces.

"The formulation [of the air filter] can inactivate viruses, bacteria and spores without contact as it passes over the surface of the filter," said Yeung of the patented technology, which is currently under license negotiation. "This enhances the filter effectiveness against airborne microbes."

Like the anti-microbial coating, the multilevel anti-microbial particulate air filter is long-lasting, effective for at least 12 months, while also usable in air purifiers and in-air handling systems, making the technology easy to adopt.

With several successful technologies undergoing the tech transfer process, Yeung and his team are now looking to develop a material that can harvest moisture, again tackling the issue of water scarcity. Yeung said that the material will be able to remove moisture from the air in order to collect water droplets that can produce clean water.

It can also be used indoors for air dehumidification, reducing energy use, greenhouse gas emissions from air dehumidifier and air conditioners, ultimately contributing to improve personal comfort and environmental protection. 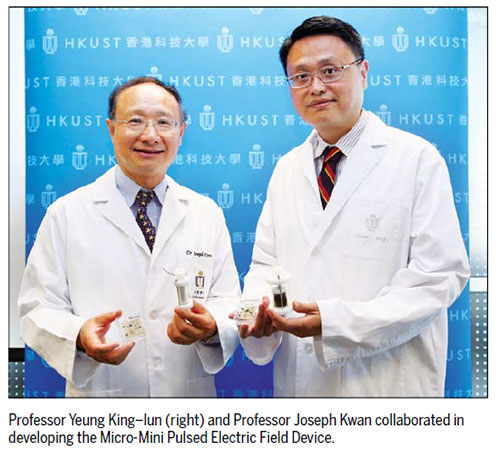 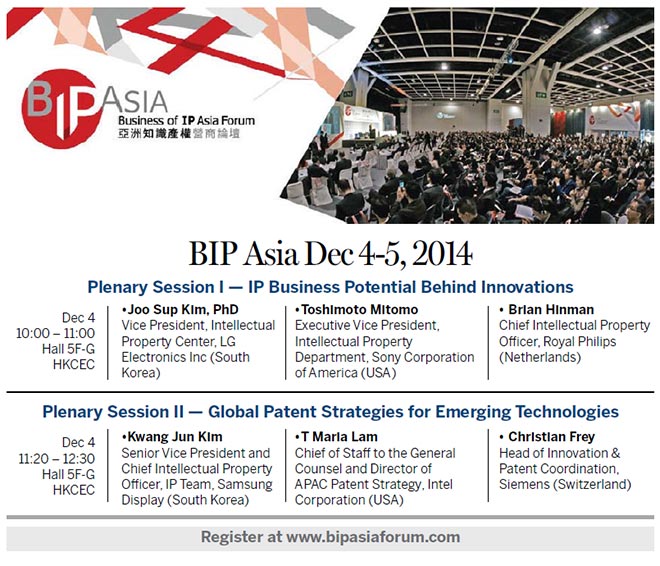