Key to future Alzheimer’s treatment lies in the past


Research into the ingredients used in a traditional Chinese medicine may offer new hope to sufferers of Alzheimer’s disease and other degenerative brain disorders.

A Hong Kong Baptist University research team is looking into the use of Huang Lian Jie Du Tang (HLJDT), an extract of a number of herbs, to treat the symptoms and reverse some of the neurological changes of one of the key causes of dementia.

Professor Li Min and her team from the School of Chinese Medicine have modifi ed the traditional formula of HLJDT for detoxification and removing heat from the body, and demonstrated that the modified formula can signifi cantly remove the aggregation of proteins and the amino acids called Amyloid beta, which are commonly found in the brains of sufferers of Alzheimer’s.

Prior research found that HLJDT had significant positive effects in treating inflammation, inadequate blood supply or cerebral ischemia, and tumours. From the technical point of view, their modified HLJDT gives greater therapeutic and pharmacological benefits in the treatment of Alzheimer’s — with minimal side effects.

Dr Alfred Tan, head of the knowledge transfer office of Hong Kong Baptist University, has a mission to enable knowledge transfers through community engagement such as facilitating collaborations between the university and industry. Dr Tan said that Alzheimer’s and Parkinson’s disease are two of the most prevalent neurodegenerative diseases in the world, and the HLJDT research was significant given the prevalence of aging and genetically–linked disorders among the elderly.

According to statistics, the prevalence of Alzheimer’s for those aged over 60 ranges from 5 to 7 percent worldwide. It was estimated that 35.6 million people lived with dementia worldwide in 2010, with numbers expected to almost double every 20 years to 65.7 million in 2030. For Parkinson’s, there are about 10 million patients worldwide, whereas 6 million patients are in China. Moreover, as of 2015, there are over 9.9 million new cases of dementia each year worldwide, implying one new case every 3.2 seconds.

Dr Tan said that the current treatments for both Alzheimer’s and Parkinson’s produce only mild, symptomatic relief and do not halt progression of dementia. Just five drugs have been approved by the United States Food and Drug Administration for use by neurologists for the management of Alzheimer’s. Since there is no cure for Alzheimer’s disease at the moment, once the modified HLJDT is registered as a drug, it would bring in tremendous income.

Dr Durairajan SSK from Prof Li’s team has been recognized by a grant from the Health and Medical Research Fund provided by Hong Kong’s Food and Health Bureau. The funding supports research into the HLJDT compound, which the team calls NeuroDefend, and its therapeutic effects when used in combination with metamine.

Besides, a HK$5-million donation received in January has been used to establish a research center at the School of Chinese Medicine to support the study in pharmaceuticals derived from traditional Chinese medicines.

Recently, Prof Li and her team were engaged by a pharmaceutical company to co-develop herbal supplements which may help protect the human nervous system from the damage caused by aging. Dr Tan believes that there are potentially broader applications for Professor Li’s research beyond treating Alzheimer’s.

“The next goal is to extract several major monomers in the formulation and create a new drug in molecular size for the treatment of Alzheimer’s disease through the investigation of molecular interactions,” Prof Li said.

The patent for Prof Li’s HLJDT is currently assigned to the university and has not yet been licensed out, but Dr Tan acknowledged the potential is huge.

The university’s Knowledge Transfer Office plays a crucial role; for example, assisting in the protection of the university’s intellectual properties and commercialization of inventions and seeking new partnerships.

The patent is currently available on the Asia IP Exchange, a free online platform and database showcasing intellectual properties around the world. Owned and managed by the Hong Kong Trade Development Council, the platform has more than 25,000 tradable IP listings, and its goal is to promote international IP trade and connect global IP players.

“The ever-growing number of patients afflicted by Alzheimer’s and Parkinson’s triggers the development of new drugs by many of the big pharmaceutical companies,” Dr Tan said.

“Once a drug with high efficacy is developed, it would bring enormous impacts to society and the economy.” 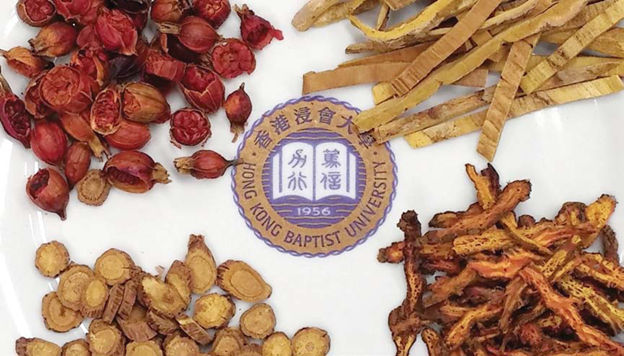 A Hong Kong Baptist University research team has successfully used the Huang Lian Jie Du Tang (HLJDT) to treat the symptoms and reverse some of the neurological changes of one of the key causes of dementia.